You want stories.
This is the connection between you and the upcoming show.

Well, here’s a little one about the bands coming to Phog in the very near future…like THIS SUNDAY October 25th.
It’s an early show, with a 9pm start time!! Yesssssss…. 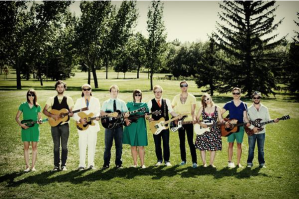 Library Voices first played on a night where the booking was cluttered thanks to Yours Truly.
They were asked to open the night, a spot they have been unfamiliar with for some time, I’m sure.

The bummer of this show was that I was desperate to be at a previous engagement. I couldn’t stay. But I wanted to…
Eight of their TEN band members took the stage, all standing, horns, drums, everything…15 minutes before I had to leave the building.

When they launched into their first song, eyebrows leapt. Mine, and the other people in the room. Rino, a friend, was simply at the bar to have a beer while his bread was baking down the street. He couldn’t believe his luck.

This band from Regina was like listening to a prarie version of Broken Social Scene mixed with The New Pornographers. High energy, fun, and TIGHT…with eight members! I am so excited to see this band, you have no idea.

And the band they’re sharing the stage with – Yukon Blonde – a newer band from Vancouver. I didn’t know much about this band, but I had been offered three shows with them on the bill in recent months. And when Said The Whale (I think) was in Windsor recently, they told me that Yukon Blonde was one of the best bands they’d heard all year. I remember being shocked by this, wondering how they could be so good, but only SO recently realized. When I went to their myspace page, I heard what was getting people excited about them. Go check them out now, and you’ll hear ANOTHER reason why you should be at the show on Sunday. 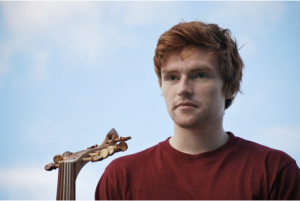 On top of all of this, local songster, Kevin Echlin will be opening the show. The kid is sharp. It’s going to be a great start to the night. And hopefully a trend of performances by Kevin at Phog.

And these are the shows coming on the two days BEFORE this juggernaut.
They’re all so AWESOME!
October 23 – Fjord Rowboat (Toronto) w/ The Diableros (Toronto)
October 24 – The Matavaras (Halifax)