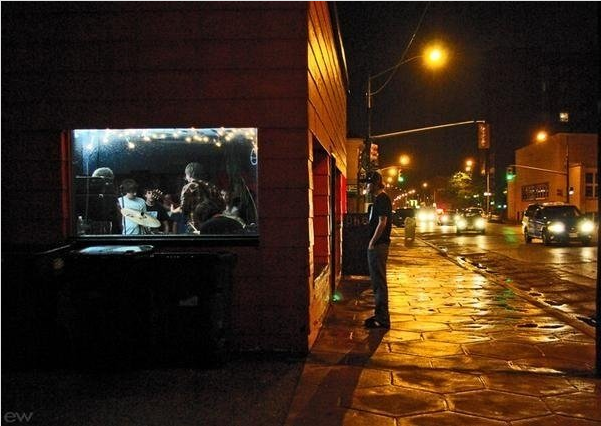 The most iconic image ever captured of Phog Lounge was by Eric Welton at, if my memory serves me correctly, a CD release party for one of the longest-running local bands with their original line-up. It seemed only natural to ask them to play our Phog Phest…and Explode When They Bloom has agreed!

Explode When They Bloom played Phog a handful of months ago, and something about those roaring vocals and the thunderous sound left everyone in the little room convinced that this local rock band was remarkably special. It’s been tough to wrangle this group for shows recently, so we are totally pumped to have these guys on such a special bill this year.

And while we’re on the topic of securing elusive gargantuan rock bands to play Phog, we are beyond pleased to announce the confirmation of Fiftywatthead for Phog Phest 3!

Fiftywatthead is going to be playing their now-heavily-sought-after AC/DC cover set for Phog Phest. For those of you unfamiliar with this band, they are consistently referred to by veteran show-goers as “my favourite band in the city”. Something about their ability to play with an intensity and volume unrivaled by anyone else in Windsor/Essex has propelled Fiftywatthead into great heights of rock-respect.

Even if you go to listen to the catalog of music online, or watch all of the videos on YouTube, it won’t likely give you a sense of how great their AC/DC set will be, but we “heavily” encourage you to check out all their offerings.

We are extremely elated to have two bands with this much rumble playing our festival alongside the rest of the diverse line-up this year.

Tickets are $15. Event is all ages. Tickets on sale now at Phog Lounge.

This entry was posted in show promo and tagged 2011, AC/DC, Eric Welton, Explode When They Bloom, Fiftywatthead, Phog Phest 3, rock. Bookmark the permalink.