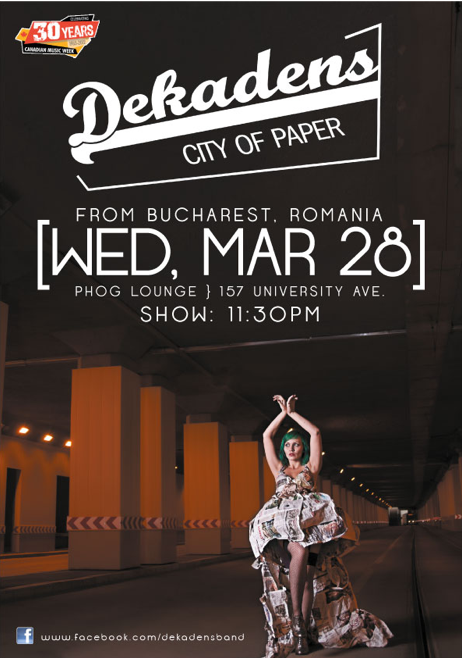 Again, with so many performers in the area for Canadian Music Week, we mash up all kinds of genres that otherwise might never be in the same BUILDING…ever…

And that’s what this show consists of…for only $5.

From Téa’s website:
“Téa is a Vancouver-based singer/ pianist/ songwriter who fuses elements of R&B, Soul, and Pop music into her own brand of “City Soul”. Drawing inspiration from artists like Sade, Amy Winehouse, and Remy Shand, Téa has crafted an unmistakable sound that continues to win audiences over.

Born in Belgrade, Serbia, Téa started playing piano when she was 7 years old. At the age of 14, after moving with her family to Vancouver, BC, she started writing songs on guitar and piano. Téa went on to receive the A.R.C.T. diploma in piano performance at 18, and a B.A. in music from UBC at age 22.

An award-winning songwriter, Téa won 1st place in the R&B/Hip-Hop category of the 2008 International Songwriting Competition (ISC) for her song “Fire & Flame”. The following year she won 2nd place for the song “In a Minute” (co-written with Dane Deviller and Krischan Grohne). The ISC contest accepted almost 15,000 entries from nearly 100 countries around the world. Also in 2009, Téa was selected as one of the top 20 finalists (out of 450+ applicants) in the Peak Performance Project. She was the first artist to be featured on Virgin Radio’s ‘Best of BC’ new artist series, and her song “Fire & Flame” also won 3rd place at Music BC’s Songbird West Songwriting Contest.”

And then we change gears CONSIDERABLY with Dekadens…from Bucharest/UK…booked by Windsor’s own, Reginald Ray (Reg Thiessen)…

From Dekadens’ Myspace:
“The band starts in 2006 with Becky (UK) and Janin (former AB4 and Zebre). The two started composing their first songs with Bogdan Crucianu (former AB4) on bass and Florin Dinu on drums. Shortly after, Mihai (previously in Nociv and Crize) joins on bass.

In 2009, during the American Tour, Becky decides to establish herself in Toronto and at the end of the tour she leaves the band. The boys return quickly to Romania to find a replacement voice to honor the concerts already set.

After a six months pause, in January 2010 Dekadens finds the perfect replacement for the vocalist established in Canada in the person of Andreea Lupescu.Dekadens is now formed of Andreea Lupescu (vocals), Janin Pasniciuc (guitar) and Andrei Petrila (drums), and is preparing great shows for all the fans.” 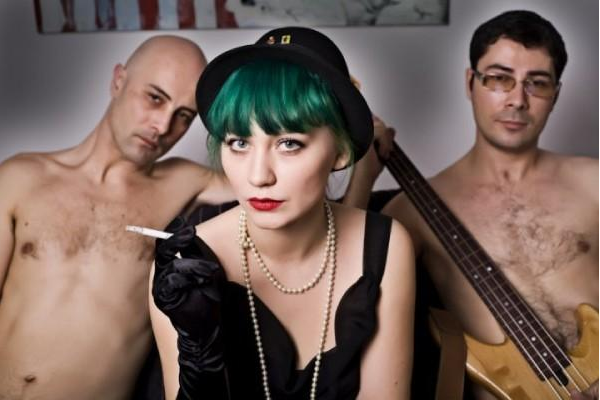