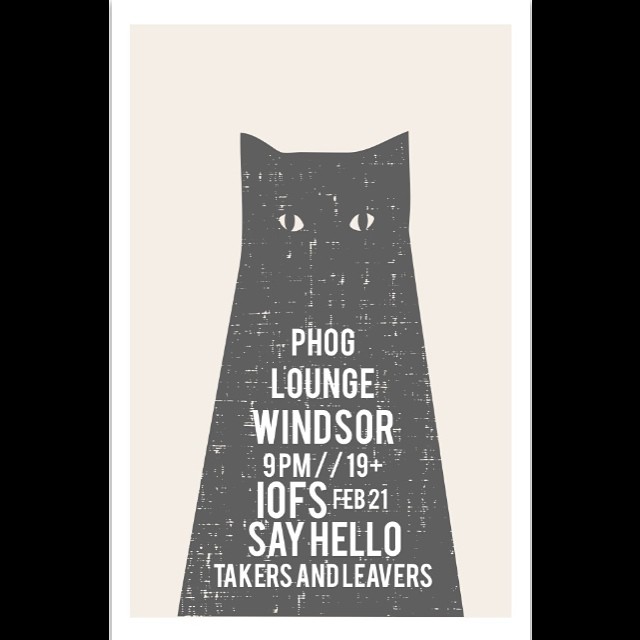 SATURDAY, FEBRUARY 21st Phog Lounge Doors @ 9:00PM 19+ I $5 Takers & Leavers (WINDSOR) http://ift.tt/1DIY9nx A psychedelic/pop/rock band from Windsor Ontario, consisting of Shawn Dawson, Alex Dick, Daniel Dick, Andrew Iles, and Marshal Buttl. Stick around and give us a like to hear some saucy tunes in the near future.

IOFS has to regrettably cancel due to health issues.